As you will know by now, I love the flavours of apple pie. The combination of cinnamon and apple is one of my favourite flavour combinations. And it’s a classic for a reason. This winter I’ve been playing around with some traditional desserts and puddings that were go to’s in my Mom and Grandmother’s kitchens, but that I haven’t really made or eaten much as an adult.

If traditional warm and hearty puddings are your thing, or you just want to relive some childhood food memories like I did, then you should definitely give this one a try.

Feel free to adapt it as you wish with your choice of bread, but it is super delicious with the extra cinnamon and apple flavours of my Cinnamon Apple Bread or my Homemade Apple Butter. 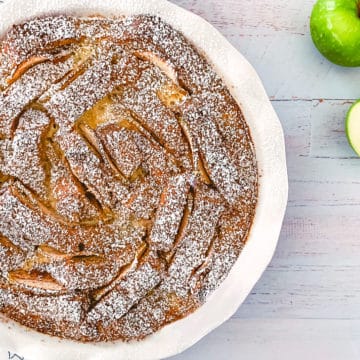 This site uses Akismet to reduce spam. Learn how your comment data is processed.

For the month of August (until 5 September), you will receive 20% discount on any of my four My Homemade Kitchen x Green Butler meal kits if you use the code MHK22 at checkout.